Pastry Chef James Mullaney lives the sweet life. His prolific talents bring beauty, whimsy and sublime indulgence to the tables of the finest establishments in Georgia.

Originally from Pittsburgh, Mullaney commenced his culinary career in the U.S. Army as a food service specialist, later he graduated from an accredited Pastry Apprenticeship Program at The 5-Star / 5 Diamond Cloister Hotel on Sea Island and received a diploma in Food & Beverage Management from the A.H.M.A. with honors. Mullaney further expanded his skills by training in the pastry meccas of Belgium, France and Spain.

Mullaney takes the artistic aspects of pastry to new heights through his award-winning creations. 2005, he and his team took top honors at the National Pastry Team Championship, one of the most prestigious pastry competitions in the world. In all, he has claimed more than 30 other medals in pastry, baking and ice carving competitions. Mullaney was selected to represent the United States in 2006 and 2009 at the World Pastry Championships, both here in the U.S. and in France.

Mullaney worked for the Sea Island Company / Five-Star Cloister Hotel for a total of 18 years, half as Executive Pastry Chef.  He served as Pastry Chef for the 4-Star Loews Ventana Canyon Resort in Tucson, AZ and as Pastry Chef of the 5-Diamond Ritz-Carlton, Amelia Island, FL. Early 2009 Mullaney was asked to join one of the best sugar artists in the world as an instructor at the Notter School of Pastry Arts in Orlando, Florida. Mid 2010 he joined Atlanta Foods International as Corporate Pastry Chef and QimiQ Corporation in Austria as International Pastry Specialist.

2012, Mullaney opened "J. Mullaney Pastries," a wholesale pastry, consulting and catering business serving clients around the United States with a focus on the Atlanta and north-western Georgia. December of 2014, Mullaney partnered with Tano Pommasith of Little Hawaiian and opened “Bakery 27” in Carrollton, GA. 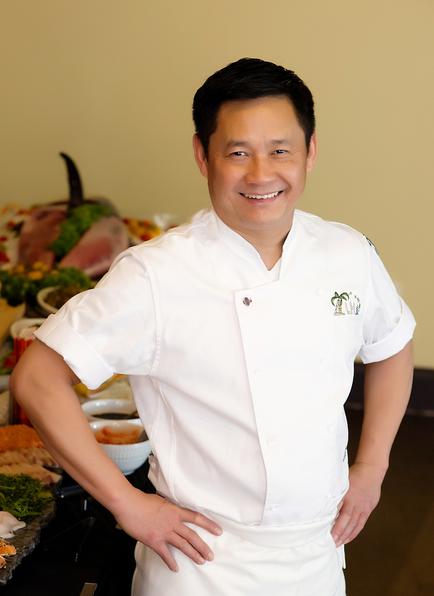 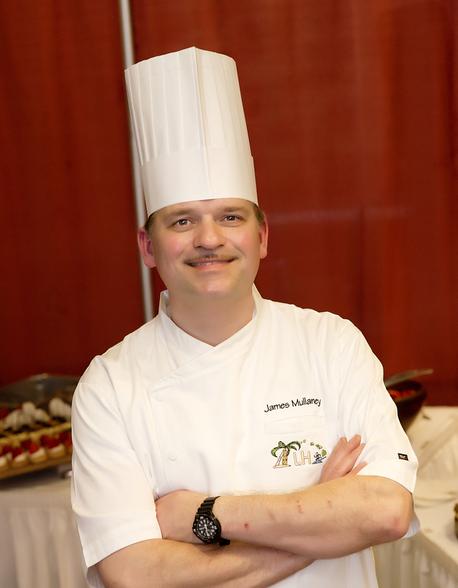 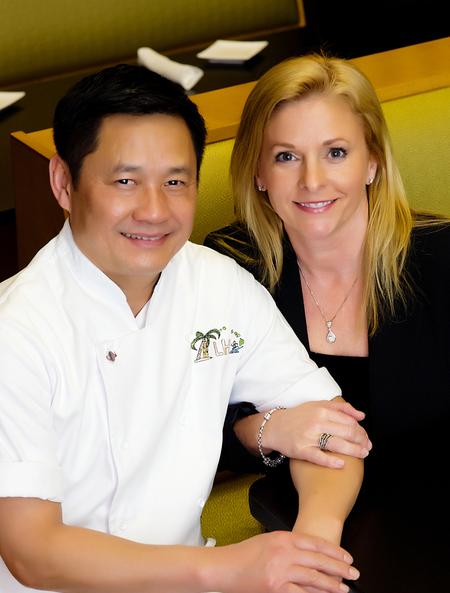 Since opening Little Hawaiian in 2003, Chef Tano & wife Cristi Phommasith have delighted Carrollton, Ga. Their passion and dream of the Hawaiian Islands inspires culture and cuisine that have landed several prestigious awards such as “The Restaurant of the Year” in 2009, 2010, and 2011 by Carrollton’s Main Street, “Best Place for Seafood” by Georgia Magazine, and “Best Caterer” & “Best Seafood” as voted by reader’s choice in the Times Georgian in 2010 and 2011.

Little Hawaiian Seafood Grill & Tiki Lounge specializes in fresh Hawaiian Fish as well as fresh seafood from all over the world. The TIKI Lounge offers an array of great wine selections, tropical Island drinks and an extensive martini menu.

Located in over 8,500 square feet, which started as a Mule Barn built in 1903, we offer an elegant dining experience and feature two large banquet rooms that are available for private events. Sixteen foot high ceilings dazzle with tropical decor. Let our “Aloha” style catering service indulge you and your guests; our event coordinator and special menu planning by Chef Tano can be versatile to meet your needs and exceed your expectations.

Chef Tano Phommasith was born in Laos and grew up in Honolulu Hawaii. Tano started working at the age of 15 as a cook in a family owned Rama Thai Cuisine restaurant in Honolulu. Chef Tano’s experience includes years of service in a Five Star restaurant in Honolulu, years of bar tending in Chicago while attending Culinary School, and many Executive Chef assignments across the Southeastern United States. Chef Tano won the Governor’s Cup Gold Medal in 2008 in Atlanta, Ga. which was held at the La Cordon Bleu Culinary Institute. Chef Tano is a multi medal winner in Chef competitions over the years, earning 1 Gold Medal and 8 Silver medals in various Chef competitions and Seafood Challenges since 2005. Come and taste his inventive culinary genius!